Sean Griffin is an interdisciplinary scholar of Russia and Ukraine. His research focuses primarily on the history of the Orthodox Church and its role in the making of cultural memory: from the liturgy and chronicles of medieval Kyiv, to the blockbuster films and digital propaganda of modern Moscow.

Griffin's first book, The Liturgical Past in Byzantium and Early Rus, was published with Cambridge University Press in 2019. The chroniclers of medieval Rus were monks, who celebrated the divine services of the Byzantine church throughout every day. His study is the first to analyze how these rituals shaped their writing of the Rus Primary Chronicle, the first written history of the East Slavs.

The Liturgical Past has been awarded two international book prizes. In 2020, it was awarded the W. Bruce Lincoln Book Prize from ASEEES. The prize recognizes "a first published monograph that is of exceptional merit and lasting significance for the understanding of Russia's past". The book was also the winner of the Ecclesiastical History Society Book Prize for the best first monograph published in 2019 in the field of ecclesiastical history.

Griffin's newest book, provisionally entitled The Second Baptism of Rus: Cultural Memory after Communism, will be published with Cornell University Press. In the work, Griffin investigates the memory politics of the contemporary Russian Orthodox Church. The study documents the complex and ambivalent relations between the Kremlin and the Moscow Patriarchate and uncovers their collaborative efforts to transform cultural memory in Russia, Ukraine, and Belarus, in the three decades since the disintegration of the USSR.

Griffin has received two fellowships in connection with this new project. In the fall of 2021, he will begin a one-year appointment as an ACLS/Luce fellow in Religion, Journalism, and International Relations. Next, he will continue his research for an additional two years as a Core Fellow in the Helsinki Collegium for Advanced Studies. Both fellowships will be hosted by the University of Helsinki. 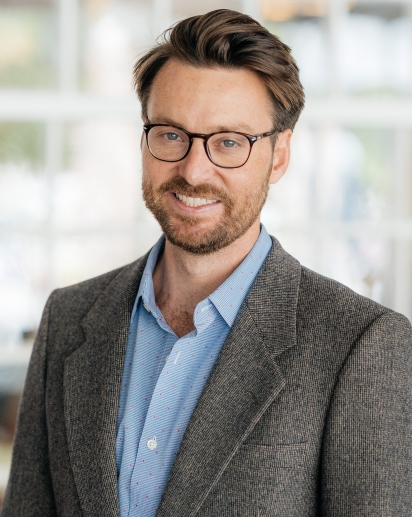 The Second Baptism of Rus: Cultural Memory after Communism (under contract with Cornell University Press)